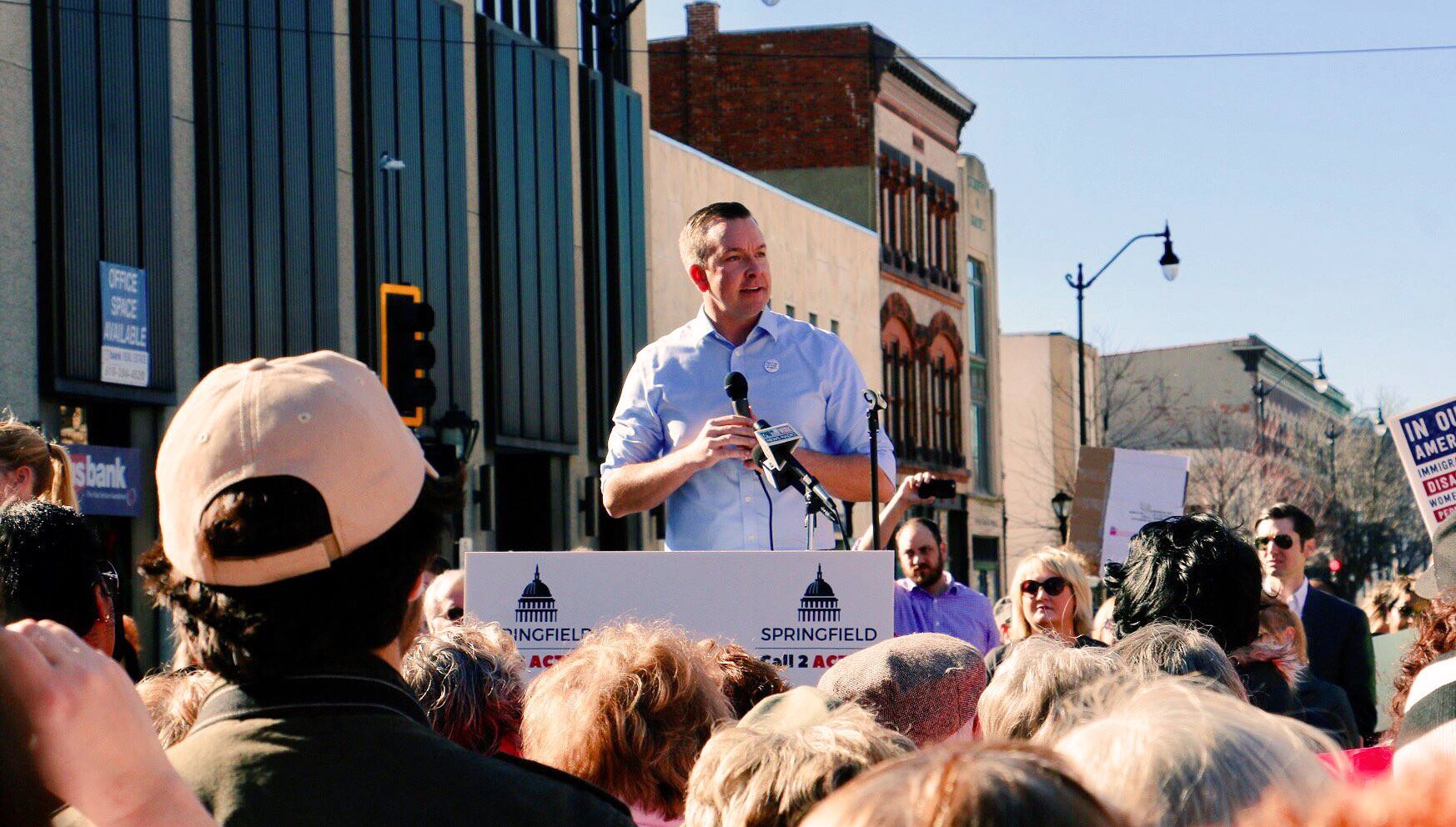 “Andy and Jason are highly capable, earnest Eagle-Scout types. Over five years of hard work, they have taken the lead, along with scores of other participants, in crafting a new formula that will use evidence of best schoolroom practices to drive the allocation of increased amounts of state school dollars.”

“Manar helped advance bipartisan legislation that requires out-of-state e-commerce retailers that do business with Illinois customers to collect a use tax under two conditions: their cumulative gross receipts exceed $100,000 or they have more than 200 separate transactions with customers in Illinois.”

“‘I don’t view my role in elective office as summing up the politics of individual voters,’ Manar responded from one of his newly leased staff offices in Taylorville, which sits just around the block from McMillan’s a few blocks from the town square. ‘My job is to serve Democrats and Republicans equally.'”

“A new law that State Senator Andy Manar helped advance in the Legislature will make it easier for central Illinois residents to protect themselves from identity theft during data breaches like the massive Equifax breach that exposed the personal information of 5.4 million Illinoisans last year.”

“State Rep. Monica Bristow, D-Godfrey, and state Sen. Andy Manar, D-Bunker Hill, have been working with the University of Illinois at Chicago and Lewis and Clark Community College to provide nursing students in the Metro East and Central Illinois with more opportunities to receive their Bachelor of Science in Nursing (BSN) degrees.”

“State Sen. Andy Manar, D-Bunker Hill, says that downstate deserves representation on the Illinois Commerce Commission that it has not received from appointments made by Republican Gov. Bruce Rauner.”

“Manar has introduced legislation in the Illinois Senate that would raise the statewide minimum salary for public school teachers to $40,000, tackling what he said is the root of the issue.”

“The Decatur School District will be getting an additional $2.3 million under the state’s new evidence-based funding formula for public schools, according to the Illinois State Board of Education, which on Thursday issued vouchers to the state comptroller that clear the way for districts around the state to begin receiving money.”

“‘For the first time in decades, money is going to be prioritized based on the need of each individual school district, which means the neediest districts are at the front of the line, not at the back of the line,’ Manar said.”

“More than 90,000 students across 100 school districts in rural Illinois would get access to high-speed internet under a bill proposed Wednesday by state lawmakers.

Proponents say the bill takes advantage of federal money earmarked for Illinois while bridging the digital divide that puts many rural school districts at a disadvantage compared to their urban counterparts.”